Former All Pro, All American, All Big Ten quarterback and Significant Sig Jim Everett ’86 was inducted into the Indiana Football Hall of Fame at a reception hosted by the Joe Tiller Chapter of the National Football Foundation on September 2.

In attendance to congratulate Jim were a number of Delta Delta brothers.  Jim was excited to see his pledge brothers, who attended the reception and then played golf the following day in the Tyler Trent golf outing, where Jim was the celebrity guest. 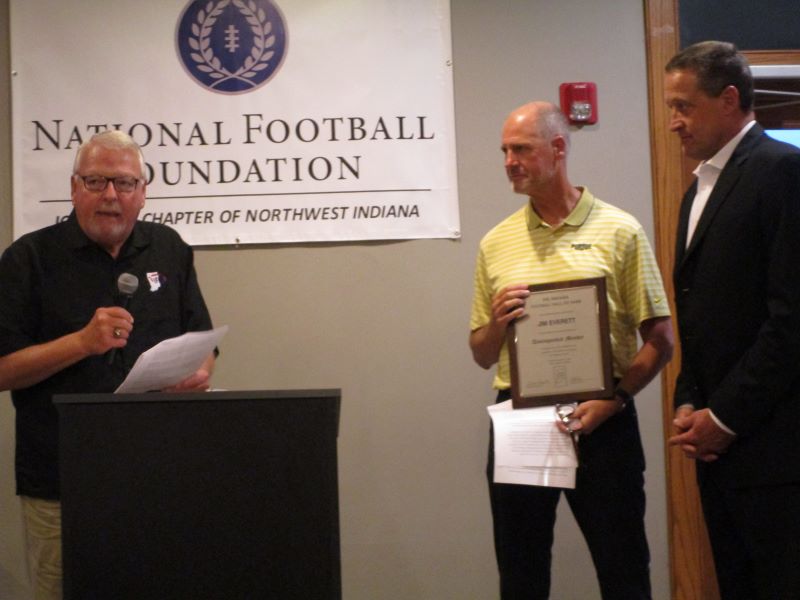 Jim’s Indiana Football Hall of Fame award was presented to him by another Sigma Chi, former All American Purdue quarterback Mark Herrmann ’81.  Mark was instrumental in recruiting Jim to Purdue and later in their careers they played together for the Los Angeles Rams.  Jim remarked that he and Mark worked well together during their time with the Rams and he appreciated Mark’s low key demeanor and decisiveness.  In the 1989 season when they played together, the Rams advanced to the NFL Championship game before losing to San Francisco.

During Jim’s first year as a starter for the Boilermakers, he led Purdue to a 23-21 upset victory over heavily favored Notre Dame in the 1984 season-opening Dedication Game of the Hoosier Dome in Indianapolis. For an encore, he went on to become the only Boilermaker quarterback to beat Notre Dame, Ohio State and Michigan in the same season. The 1984 season ended in a Peach Bowl appearance, snapping a three-year bowl drought, that saw Everett pass for 253 yards and three touchdowns.  Everett threw for 3,256 yards and 18 touchdowns in route to team MVP and Purdue Male Athlete of the Year Honors. 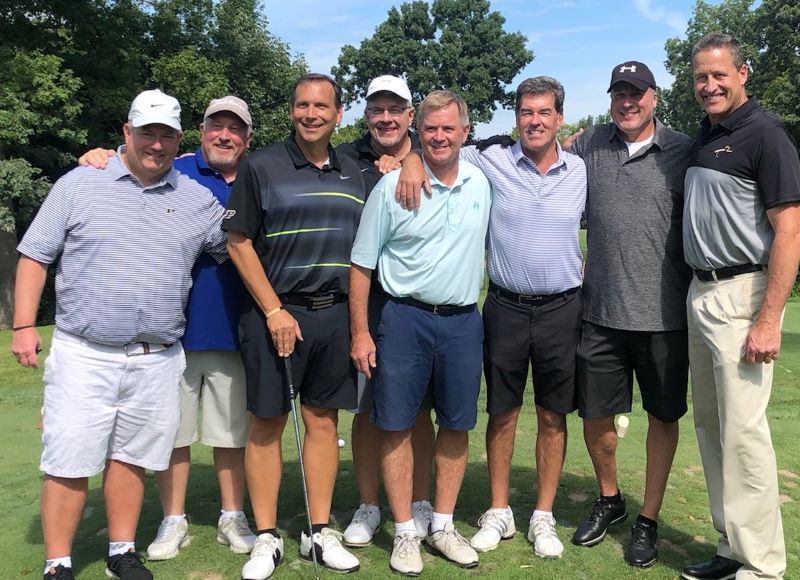 In his senior season Jim finished sixth in balloting for the 1985 Heisman Trophy and received third-team All-American honors. Jim led the NCAA in total offense (3,859 yards) which also set a school record at the time. He threw for 3,651 yards and 23 touchdowns as he set the school record with seven 300-yard passing games in a season. He once again earned team MVP and Purdue Male Athlete of the Year Honors.

Jim ranks sixth in school history in passing yards (7,411) and touchdowns (43) despite playing only two full seasons. Jim was inducted in the Purdue Intercollegiate Athletics Hall of Fame in 1999. 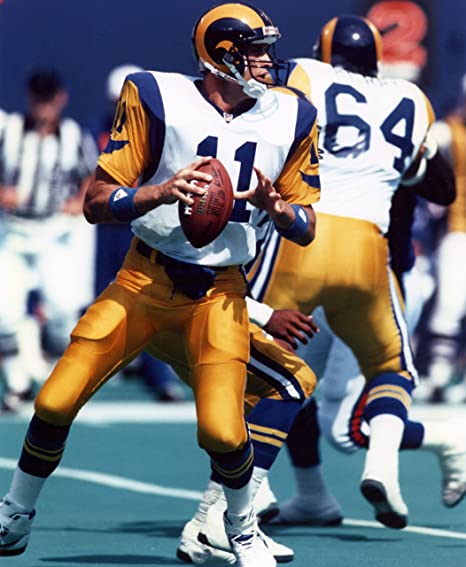 Everett was an All Pro quarterback with the Los Angeles Rams.

Jim is now retired and living in Southern California.