Class of ’81 Returns for 40th Reunion

Thanks to the efforts of Tim Hull, the Class of ’81 rallied for their 40th Class Reunion on Homecoming weekend (October 1 – 3).  The memories started flowing Friday evening at a get together hosted by Brother Hull at his home in Carmel, IN.  There they enjoyed food and drink and a chance to relive their 202 Littleton days by viewing a photo scrap book Tom Hall had compiled. 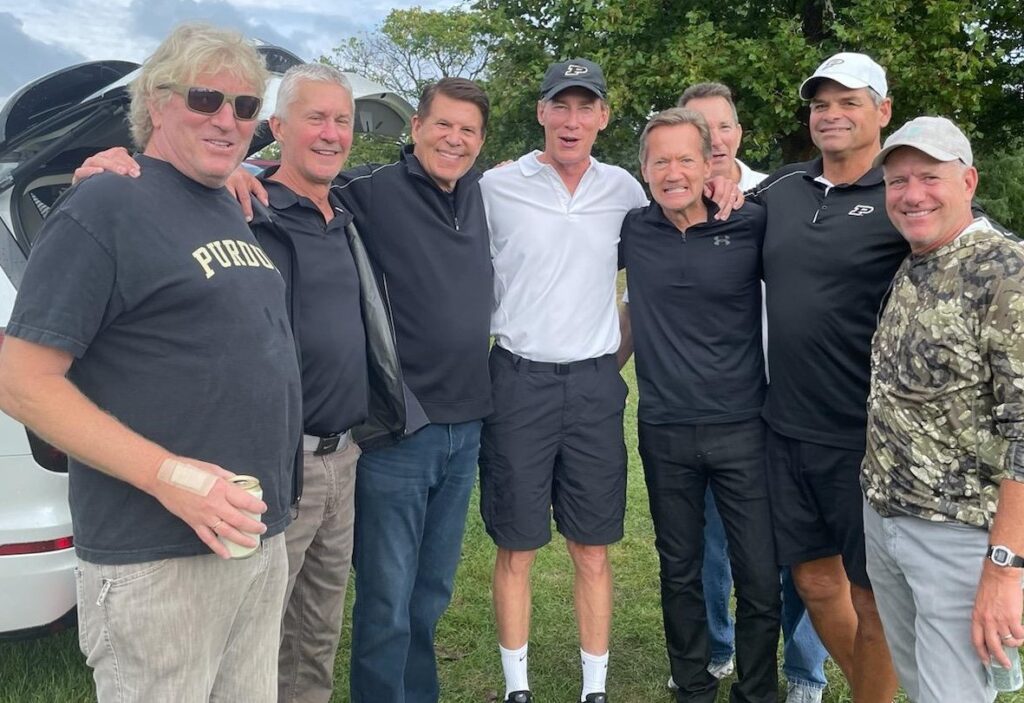 Saturday found the Class of ’81 bro’s gathering outside Ross Ade Stadium at a tailgate firing up for the game against Minnesota.  It turned out to be a rainy day that did not end well for the Boilers, but at least some of the brothers were able to view the game from the warm and dry confines of the Purdue press box.  How did that happen?

Following the game, the Class of ’81 reconvened at Bruno’s to enjoy catching up on all that had transpired in their lives for the past 40 years.  One of the special guests who joined them was the Class of ‘81’s magister, Keith Krach ’79.  Tom Hall ’81 remarked, “It was great to see everyone.  All the guys looked great and pretty much how I remembered them.”

Let’s hope this group continues to look good at their next reunion in 2026.