NAME THAT TUNE by Bob Kaley ’68 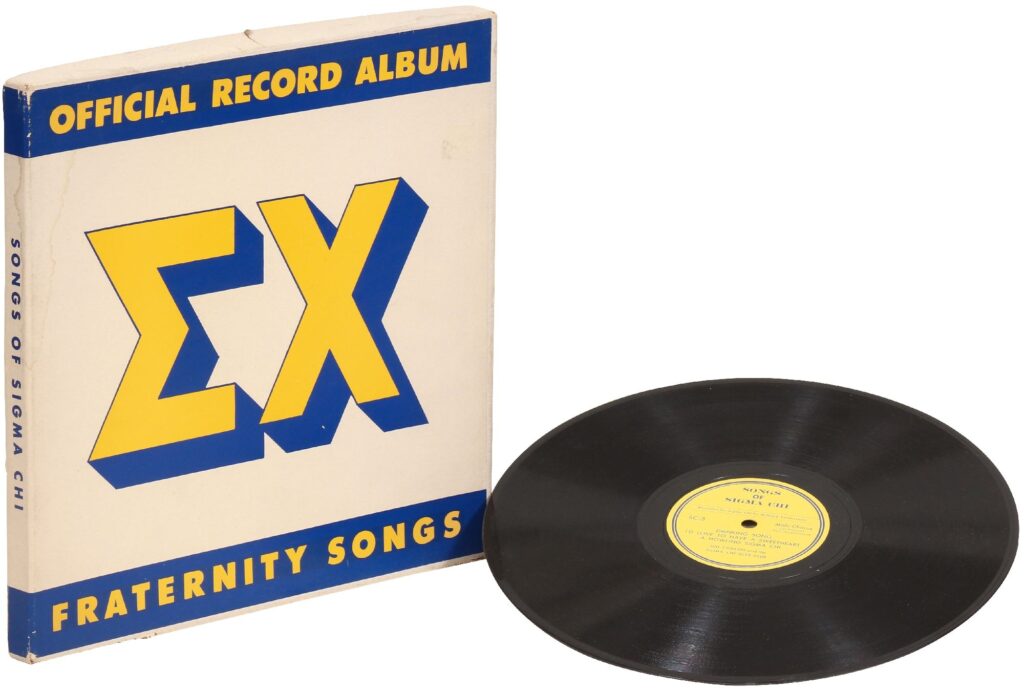 One has to wonder how many DD Sigs (and others as well) thought they were hearing things during the 2022 Rose Bowl between Ohio State and the University of Utah when the Utah band struck up the song, “My Name is Sigma Chi”.  Certainly, one who did so was Ken Schutte ’68, who shot off an email to his pledge brothers.  His suspicions were confirmed by Tom Leslie ‘68, who had Googled the Utah fight song.  Indeed, the tunes for the two were identical.

Further discussions on the Class of ’68 monthly Zoom call provided further confirmation and additional clarification when Larry McMillan found a lengthy discussion of the fight song on another Google site.  That was all well and good, but then, while tracking down the song in my 1923 Songs of Sigma Chi book, I discovered (although I would like to say “I recalled”) that the words to “My Name is Sigma Chi” were penned by Charles H. Eldridge, DD 1885!

But what about the tune?  And what about the adoption of the tune (and more!) by the University of Utah?  I did a little further digging into the back story and thought it might be of interest to some others, particularly because of the DD link.

As noted in the Songs of Sigma Chi, the song was sung to the melody of a tune called “Solomon Levi”.  The song was written by a Fred Seaver in or about 1885. The song relates to a Jewish tailor in Boston.  It apparently was quite well known in the late 1880s and even later, but it has largely passed from memory.  It apparently appeared in many song compilations and even in some hymnals.  The first verse is:

My name is Solomon Levi, And my store’s on Salem Street;
That’s where to buy your coats and vests and ev’ry thing that’s neat;
Second-handed Ulsterettes and overcoats so fine,
For all the boys that trade with me at Hundred and Forty-nine.

(The chorus doesn’t seem to work with the Sig and Utah versions, so it has been omitted.)

For those who are interested, it can be heard on YouTube.  Further information about “Solomon Levi” can be found at this link:

At some point, the aforementioned Charles Eldridge “borrowed” the tune and wrote the words we sing so proudly whenever a group of us get together at reunions and elsewhere.  Eldridge must have been quite the lyricist, as he also wrote the words for numerous other Sig songs, including “Glorious Sigma Chi”, “Our Fraternity – Old Sigma Chi”, and the “Drinking Song” (“Now come ye jolly Kustos, fill us up a bumper…”), to name just a few.  (As a side note, the song book also has songs by Significant Sig George Ade, DD 1887 and Order of Constantine Fred Scheuch, DD 1893).  Of further historical interest, Eldridge was one of the sub rosa initiates of DD during the Purdue Case era, and he went on to become Executive Secretary of the Fraternity. 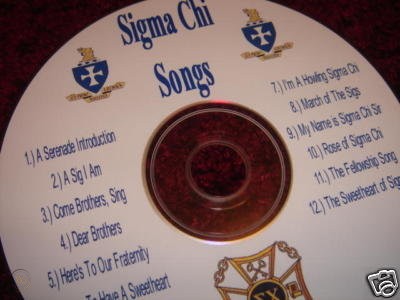 Of course, we all know the words (and tune), but I’m inserting them here for comparison with the Utah version below:

My name is Sigma Chi, sir, and I live across the green,
Our gang it is the jolliest that you have ever seen.
We drink our stein of lager and we smoke a big cigar,
Our yell, you hear it ringing through the country near and far.

Who am I, sir, I’m a Sigma Chi;
Sigma Chi, sir, and will be till I die-yi-yi!
We’re up to snuff, we never bluff, we’re game at any fuss
No other gang in college dares to meet us in a muss,
So fill your lungs and sing it out, yes, shout it to the sky,
I’m Blue and Gold forever, I’m a loyal Sigma Chi!

But what is the story with the Utah fight song?  Of course, many schools borrow tunes for their fight songs and write original words to go along with the melody.  But the Utes went further than that – they basically adopted “My Name is Sigma Chi” words and all, with only minor words substituted to adapt it to Utah.  According to one of the web links below, the song was “adopted” in the early 1900s.  It doesn’t seem to be clear who was responsible, but whoever it was must have been a Sig at heart.  And it seems to be widely known that the fight song is a thinly veiled plagiarism of “My Name is Sigma Chi.”  Here’s the Utah version:

I am a Utah Man, sir, and I live across the green,
Our gang it is the jolliest that you have ever seen.
Our coeds are the fairest and each ones a shining star,
Our yell, you hear it ringing through the mountains near and far.

Who am I, sir, A Utah Man am I!
A Utah Man, sir, will be ‘til I die.  Ki Yi!
We’re up to snuff, we never bluff, we’re game at any fuss.
No other gang of college men dare meet us in a muss.
So fill your lungs and sing it out, yes, shout it to the sky,
We’ll fight for dear old Crimson, for a Utah man am I!

According to the web site given below, the original version even had the line about steins of lager and big cigars, but that was changed in the early 1940s.  Later changes included adding “Utah Fan” as an option for “Utah Man”; changing the line about fairest coeds to “our students are the finest”; and changing the line “no other gang of college men” to “no rival band of college fans”.  (Feel free to insert your own comment about political correctness and the cancel culture.)

I could go on.  The second and third verses of the Utah fight song are essentially identical to those penned by Charles Eldridge.  (“You could look it up!”). For a more complete discussion, you can check out the following web links:

“A Rose By Another Name”

While most of our beloved Fraternity songs are known only to Sigs, “My Name is Sigma Chi” and, of course, “The Sweetheart of Sigma Chi” are known much more widely, even if the former is “a rose by another name”.