Richard “Dick” McNeely ’67 used his welding skills and creative nature to design and build unique sculptures. His most prominent is the large structure called “Ouabache” that sits on a rise on the east side of the Harrison Street bridge in Lafayette, IN, near the Wabash River. 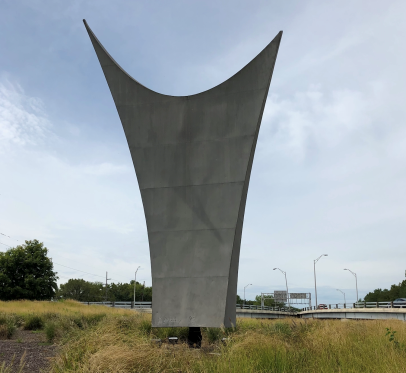 In 1976, the $7,000 sculpture was presented to the people of Lafayette, West Lafayette and Tippecanoe County by Heritage 75*76, a local group that commemorated the nation’s bicentennial and who commissioned Brother McNeely to create the sculpture.

Dick commented in an article in the Lafayette Journal & Courier in 1976, “Its lines are as free-flowing as the river from which its name is derived; its curves designed to gracefully accept the fluid caress of the winds; its structure born of the earth, shaped by man-made fire.”  Dick’s artistry, combined with his knowledge of metals, welding, stress, torque and technology allowed him to conceptualize Ouabache, then build it.

Brother McNeely ’67 entered Chapter Eternal on February 26, 2022.  Affectionately known as “Wheely” McNeely while at Delta Delta, Dick was remembered for leading the effort in the spring of 1965 to prepare and drive the chapter’s Grand Prix cart.

According to Dave Kelso ’67, Dick was initiated with the Class of ‘67, but missed grades that semester and dropped out.  Brother McNeely eventually returned to Purdue to receive his liberal arts degree in 1974.

Tom Leslie ’68 remarked, “Dick was a townie and so was not at the house all the time.  He was a very loyal Sig.  I got to know him better after we graduated.  He contacted me several times when he was in Indianapolis.  He became a sculptor and some of his works appear around Lafayette.” 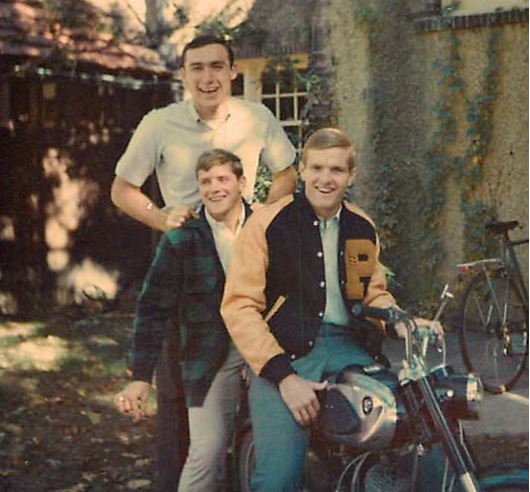 Brother Kelso commented, “I actually saw Dick about 5 years ago, he was living just outside Attica, Indiana, on a small farm growing wheat in his front yard.  He had no email, and the only way to contact him was his landline.  He was still working as a sculptor with his welding gear.”