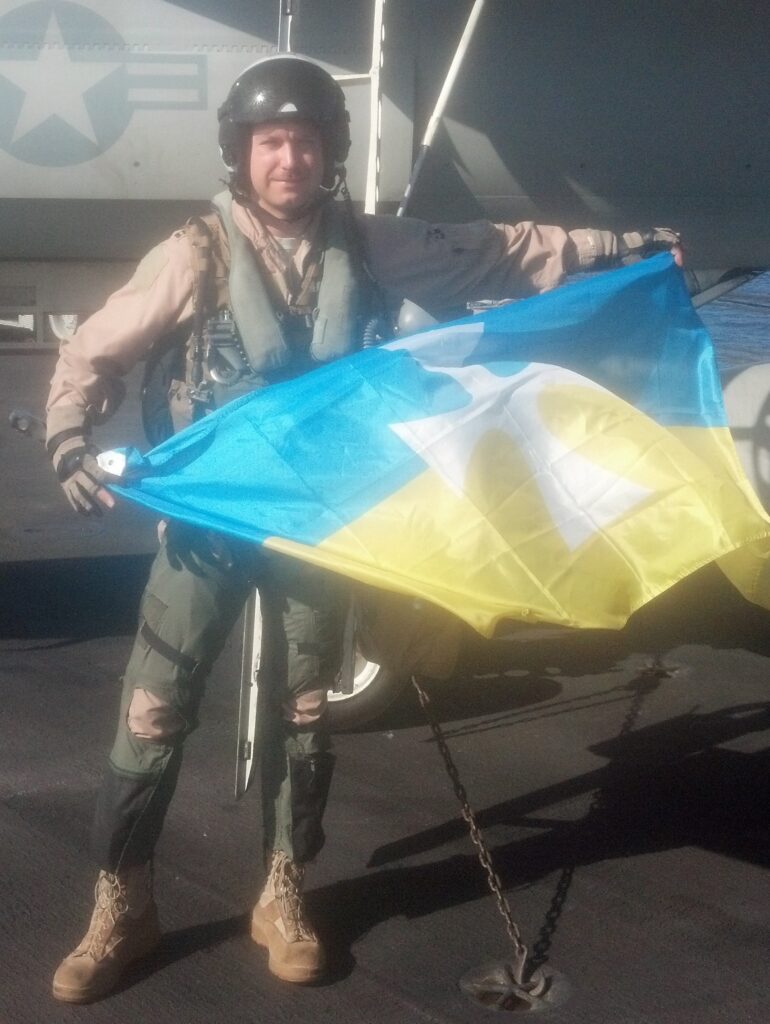 USAF Capt. David Achramowicz ’01 prior to taking off with the Sigma Chi flag by his side.

Now on display at the Sig house is a Sigma Chi flag that went through some harrowing times as it accompanied US Air Force Captain David Achramowicz ’01 on one of his combat missions over Afghanistan in support of Operation ENDURING FREEDOM.
.

David took the Sig flag with him during his mission that went well into the night of November 7, 2013.  David noted, “There’s nothing more nerve-racking than landing on a carrier at night, in pitch black, somewhere in the northern part of the Indian Ocean.”

Brother Achramowicz recalled, “At the time, I was an active-duty US Air Force officer on exchange assignment with the US Navy.  Every year, the USAF and USN exchange aviators to cross-pollinate tactics and techniques.  I was one of the lucky ones to get this assignment and was soon embarked on the USS Harry S. Truman (CVN-75), working as Carrier Air Wing 3’s Assistant Operations Officer, and flying the F/A-18F with the VFA-32 Swordsman.  My time with the Navy was simply amazing; there’s nothing quite like being shot off the end of an aircraft carrier, armed to the teeth with bombs, missiles, and bullets in a Super Hornet. All in all, I was deployed 9-months on the ship.” 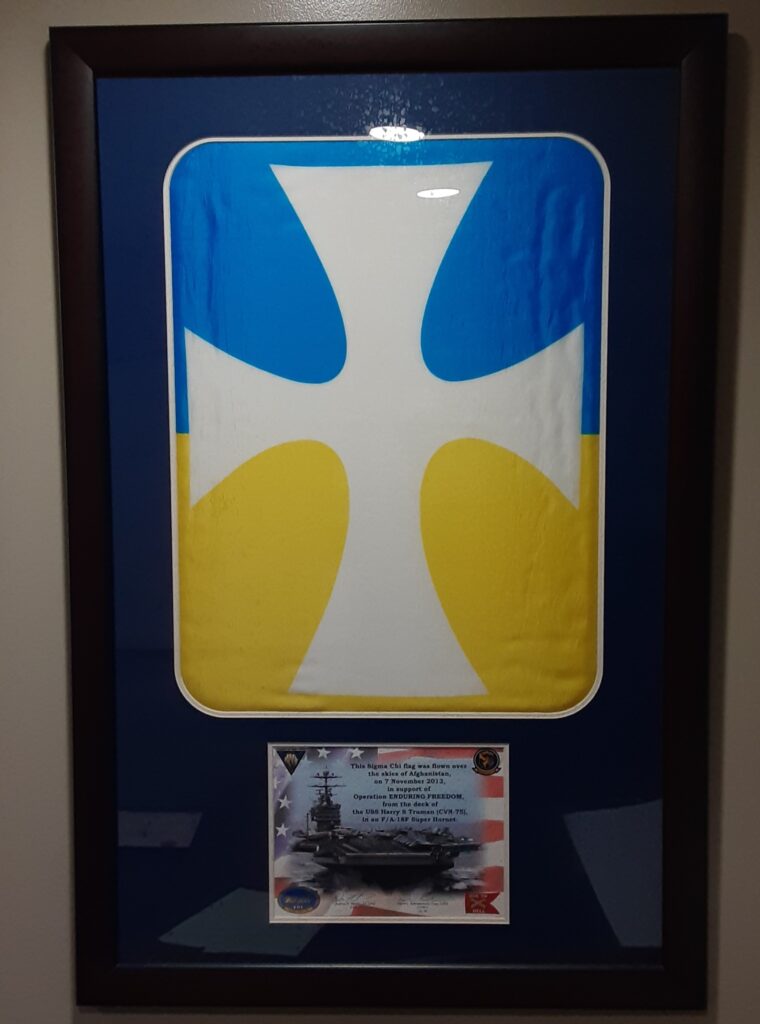 This Sigma Chi flag was flown over the skies of Afghanistan on 7 November 2013 in support of Operation ENDURING FREEDOM from the deck of the USS Harry S. Truman in an F/A-18F Super Hornet.

Before this assignment with the Navy, David flew the F-15E Strike Eagle. His first deployment to Afghanistan was with the 336th Fighter Squadron from Seymour Johnson AFB, NC where he was deployed to Bagram Air Base in northern Afghanistan for 6 months, living in a tent not far from the runway.  During this deployment David took an American flag on one of his missions and sent it to the chapter in 2011.  That flag is on display in the chapter library.

We’d like to thank Dave for thinking of his Purdue brothers during his two deployments to the Middle East.  We’d also like to thank Dave’s pledge brother Clayton Force ’01 who had the Sigma Chi flag and certificate framed.  It is now on display in the academic wing of the Sig house where it serves as a reminder of our brothers who have served our country as part of our military services.