When you get to be a certain age, you look for almost any opportunity to get together with your pledge brothers.  The Class of ’63 did just that when they returned to Purdue the weekend of October 14 -16, 2022 to celebrate their 59th reunion and recognize one of their own with a Significant Sig award. 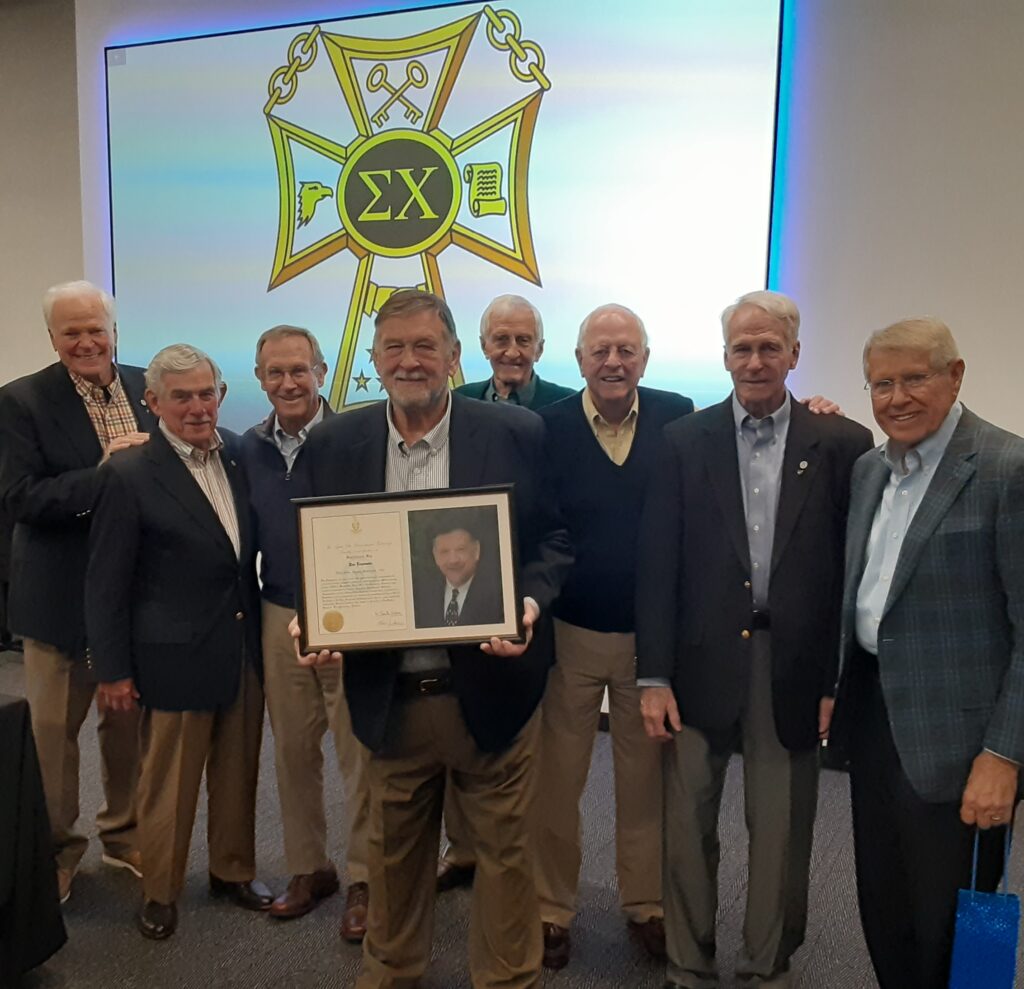 Eight brothers of this era started their reunion by meeting for dinner Friday evening, perusing through old photos and memories; saw a presentation on the origins of Bowling on the Green; and recognized one of their own.  This gathering was held in Purdue’s new Convergence Building located on State Street.  It was a great setting for a catered dinner and a chance to mingle with the brothers, wives, and other guests.  Bill Vahle with the assistance of Jill Anderson from Purdue for Life made the arrangements.

Doug Wilton served as the evenings MC, filling in for Brother Vahle who was unable to make the trip to West Lafayette.  Jim Lopeman had compiled a remarkable compilation of 8mm film that captured the 1963 Bowling on the Green event held on the lawn of the Sig house down by River Road.  The brothers had laid out a bowling green/alley, acquired a bowling ball, and the participation of a number of sororities.  From the archives it appears that the Pi Phi’s won the contest, although the Chi O’s had the most interesting costumes of handmade vests with the numbers 36 -24 -36 written on them.

Jim Lopeman ’63 was then presented with his Significant Sig plaque by Phil Steele ’77.  Phil highlighted Jim’s outstanding career in the petroleum industry and the impact he had on several companies and communities.

Jill Anderson from Purdue for Life (formerly the Purdue Alumni Association) then gave a brief update on campus events before leading the group with a hearty version of “Hail Purdue”. 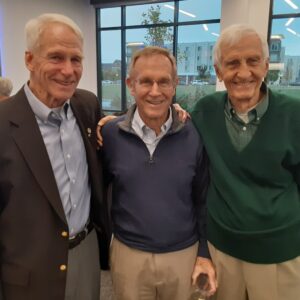 With the kickoff time for the Purdue – Wisconsin game not until 7:30 pm, the brothers had time for a leisurely breakfast and then they converged on the Sig House at 3:00, taking a few pictures and nosing around.  Doug commented, “Most of the active members had left for their tailgates near the stadium, so the house was unusually quiet.  While it doesn’t quite seem like the same old house, there are still plenty of memories associated with it. I’m glad we took the time to visit.”

Jill Anderson had arranged to meet the Class of ’63 brothers and spouses at the Dauch Alumni Center, where they enjoyed pizza, reviews of the 1963 Debris, and photo ops featuring a replica of the Boilermaker Special. Jill Anderson’s hospitality, guidance regarding stadium access, and cultivation skills were very much in evidence and appreciated.

Quite a few of the group went to the game, while others, among this octogenarian crowd, chose supper at McGraw’s and a view of the game in Lopeman ’s toasty room at the Best Western Plus in Crawfordsville.

Brother, Until We Meet Again

According to Doug, “On Sunday morning we again enjoyed a group breakfast, said our farewells, and headed our individual ways, agreeing to reassemble after a year or two. If we wait too long there might not be a critical mass of us remaining.”

Phil Steele ’77 reflected, “Here is a group of men who have known each other for over 60 years and have returned as a group to share in their bonds of friendship and love every few years since they graduated.  Classes like the Class of ’63 continue to demonstrate to all Delta Delta brothers just how important the friendships we build during our undergraduate days impact us for the rest of our lives.”

We look forward to their return in the not-too-distant future. 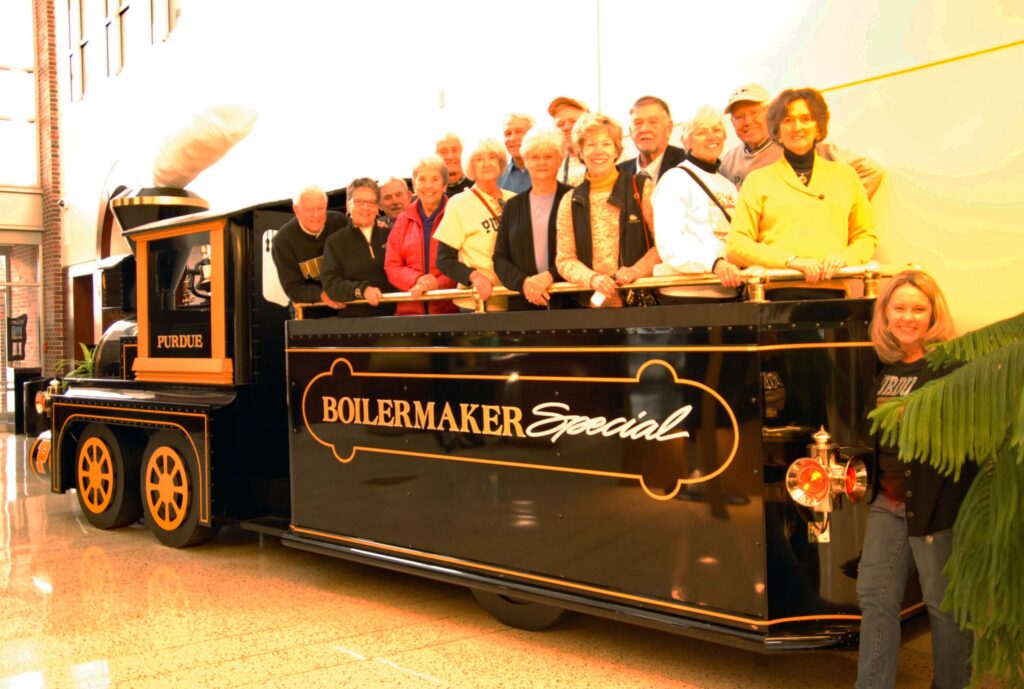 Always enjoy hearing what is happening at the Sig House!!

Good to see the old familiar names. Some of the faces have changed to protect the innocent but some resemblance from my fading memory. Great they were able to get together.